Responding to oil spills in the 21st century

Immortalised in the film of the same name, the Deepwater Horizon incident or 'BP Oil Spill' of 2010 remains in public consciousness as one of most catastrophic oil spills in recent memory.

Most people can recall (rightly so) the images of flames, oil-slick water and disastrous environmental damage. But what about the cleanup? Do people remember the industrial spill equipment used?

The answer is typically no. Which is unfortunate, because the resulting cleanup is a great example of what can be achieved with modern oil dispersants and industrial spill equipment.

Today, the response to large scale spills is more sophisticated and powerful than ever. Here's how new and innovative oil cleanup devices are changing how businesses and industry handle oil spills.

It was April of 2010, during the routine drilling of an oil well in the Macondo Prospect. A geyser of seawater erupted from the marine riser and onto the rig. This was followed by an eruption of drilling mud, methane gas and water. A lethal combination which soon ignited and culminated in a deadly firestorm.

The resulting disaster would go on to be known as the Deepwater Horizon incident; the largest marine oil spill in the history of the petroleum industry. An event in which an estimated 4.9 million barrels (or 210 million US gallons) of oil were discharged into the Gulf of Mexico.

So, how does one even begin to clean up a spill of that size?

You use modern industrial spill equipment including:

You also get the help of approximately 47,000 people, 7,000 vessels (in just one summer) and more than $81 billion dollars AUD from the operator of the rig, British Petroleum (BP).

How to clean up 4.9 million barrels of oil

The first step was to use industrial spill equipment to contain the oil. To stop it from spreading to vulnerable nearby areas. That meant containment booms - lots of them.

Containment booms are simple yet effective devices. They work by floating on the surface of the water and thereby providing a barrier to oil, stopping it in its tracks and preventing it from spreading.

In total, a massive 4,100,000 metres (4,100km) of containment booms were deployed around the spill to contain it and stop it from harming the neighbouring ecosystems.

What is a large oil spill?

While there is no exact criteria, oil spills are usually labelled as small, medium or large. Broadly speaking a large oil spill is one which affects neighbouring companies or which occurs on a national scale.

Methods of collecting and disposing of spilt oil

In the case of Deepwater Horizon, there were three methods used to remove the oil from the water and combined these efforts recovered or flared 826,800 barrels of oil. These methods included:

As stated above, in one summer alone, more than 47,000 people and 7,000 vessels were enlisted to help with the oil spill cleanup.

The use of oil dispersants and in-situ burning

In many oil spills, mechanical industrial spill equipment such as oil skimmers are used to collect the oil, before it can be removed and disposed of. However, the sheer size of the Deepwater Horizon oil spill meant that this was not the most viable option for widespread use.

Instead, oil dispersants were used to break up the molecules and to accelerate the bio-remediation process. While in-situ burning was used to incinerate the collected oil.

In the finish, 1.84 million US gallons of oil dispersants were used in the cleanup effort, with over 400 sorties, including C-130 Hercules planes, being flown to release the oil dispersants.

This was considered the most effective and fast moving way for minimising shoreline impact. 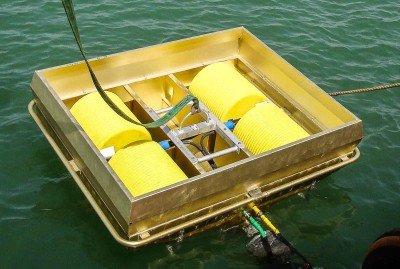 Oil dispersants are designed to work with natural microorganisms which occur in seawater.

The kinetic energy from waves helps the oil dispersants dilute the hydrocarbon particles. Eventually, these particles biodegrade as microorganisms in the water turning the oil into water and carbon dioxide.

In this way, oil dispersants help to facilitate the digestion of oil by microbes.

The impact of the BP Oil Spill, both environmentally and economically, will continue to be felt for years, if not decades. It is a stark and powerful reminder of the importance of spill prevention and management.

All of these things and more are essential for preventing a disaster such as this occurring again.

Even in smaller scale oil spills, human error is still often a factor. Therefore, industrial spill equipment needs to be close at hand and ready for a response.

Industrial spill equipment and oil dispersants have both improved vastly in recent years. However, the best defence against spills remains preparation and prevention. In this way, businesses and industry can stop spills before they occur.

"Today, the response to large scale spills is more sophisticated and powerful than ever."

Want to find out more about how to respond to large scale oil spills? Or would you like additional information regarding industrial spill equipment and oil dispersants?

Check out our website or contact one of our expert team. At SpillPro, we are the experts in spill prevention and spill management. We can answer any queries you may have.